The U.S. Census Bureau predicts that by the year 2040, minorities will be the majority. This means products and services that target these niches will become increasingly more popular.

As minorities in the United States are not a homogenous group, the various niches that cosmetic market trend watchers can target are numerous. Hispanics, Asians, African Americans, are just a few of the ethnic groups who want products and services particular to them.

Digging down even further, within each group, there are differences in hair types and and skin coloring, for example. All of these differences require various products to properly address their needs.

Baby Boomers, define as those born in the United States between 1946 and 1964 are one of the most populous groups in America today. As they age, they will require cosmetics that address their particular needs. 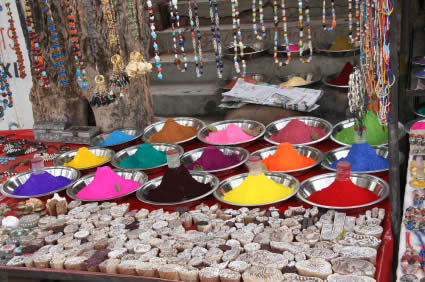 The cosmetic market for Baby Boomers can be particularly lucrative if targeted correctly because this group is inordinately wealthier than any other retiring group in our nation’s history. Hence, they have a lot of disposable income to spend on such luxuries as, cosmetics, for example.

Yes, You Do Have to Care for Your Cosmetic Make Up
Discount Cosmetics